I have been an avid reader from very beginning of my life. And I totally owe this to my great story teller grandfather who seeded the love of reading within me. My many childhood afternoons were spend listening to the great epic stories of our country from him. He used to modulate his voice and narrate with such a passion that one could vividly see the scenes in front of the eyes. Ramayana was one of such stories that he repeatedly used to tell and I knew the stories even before I knew my alphabets.  And even my toddler daughter have her own Ramayana both in English and Bengali. So I was pleasantly thrilled when I got this wonderful book by Shubha Villas to review. One quiet evening I sat with the book with a mug of coffee and could not put it down. 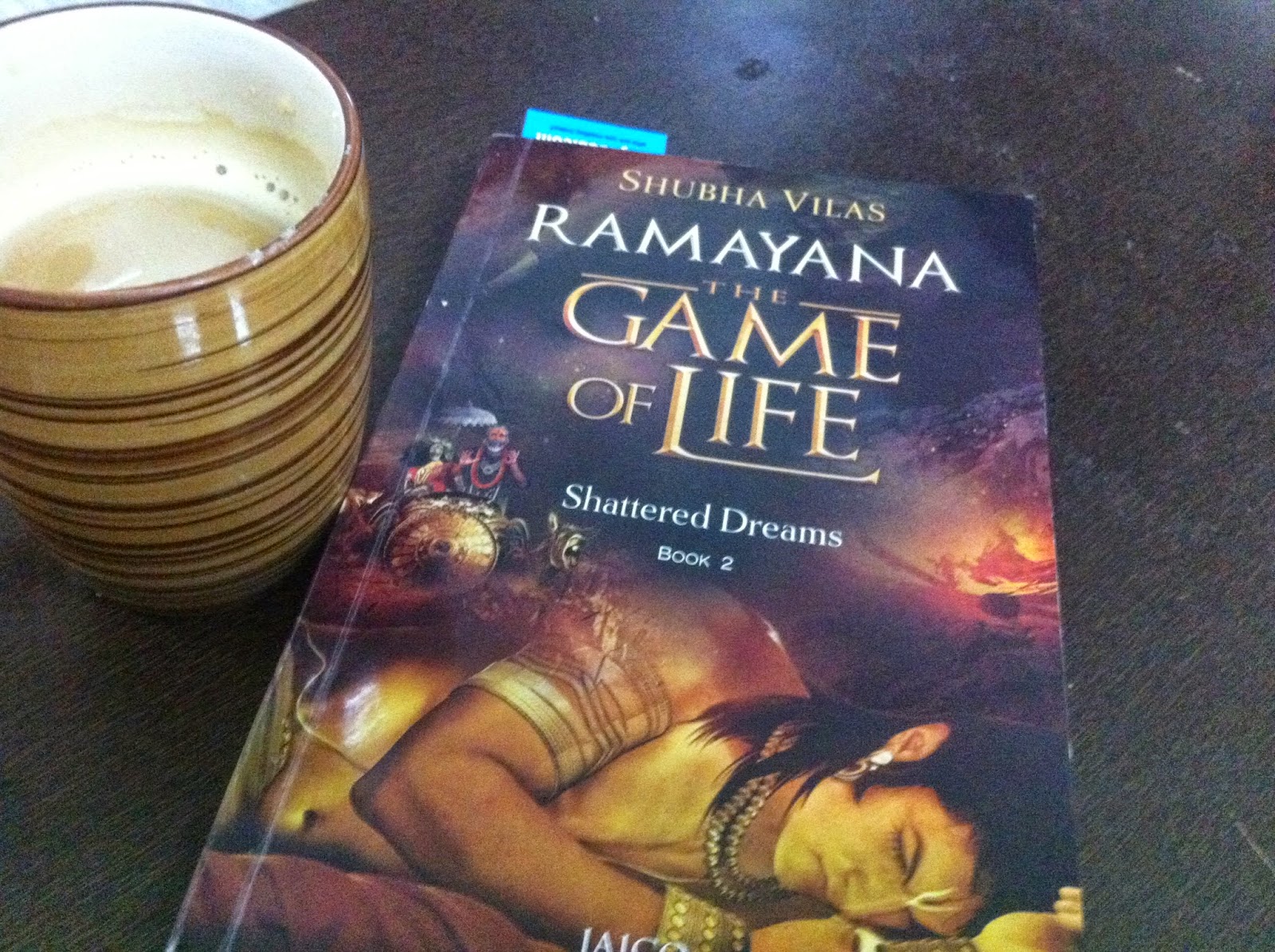 Ramayana in general plays an important role not only in Indian literature but also in Indian society. It depicts the story of an ideal kingdom with perfect relationships, and talks about ideal characters like the ideal father, son, brother and wife. Ramayana has been translated in various languages all over India and the one we had at our home is Krittibasi Ramayana, written in medieval Bengal by a Bengali poet. In this form of Ramayana, Rama is more of an ideal village boy, rather than a Lord.


Shattered Dreams is the sequel to the bestseller, Rise of the Sun Prince, and starts from the point where King Dasaratha wants to coronate Rama, his elder son, as the King of Ayodhya and how fate takes its own turns and shatter the dreams of this old father. I came to learn about many new things of Ramayana, like Ravana was known as Dasagriva and how he became Ravana. Also, that Urmila was an artist in herself and her own way to help her husband during the long years of exile. The book is written in a very lucid language and has a very nice flow that keeps the reader enchanted. It very gently described the pain of Dasaratha as he had to succumb to his wife's demands, Rama's sense of duties to his father, Lakshman's strong love for his brother and Sita's love and sacrifice for her husband. I liked the part where the writer narrates the scene between Bharata and his mother, the pain that his mind and body goes through on hearing what his mother had done to his beloved Rama. What I like about the book, is the analogy the writer brings with the modern day life situations and explains it in todays perception. Also, I felt the book dealt with the characters in a more humanly manner and thus one can relate to the emotions and pain of the characters. Even Ravana's character is explained in sort of light of a human being rather than a demon. The writer truly did a wonderful job in depicting this thrilling and complicated family drama.

This review is a part of the biggest Book Review Program from Blogadda. Participate to get free books today!